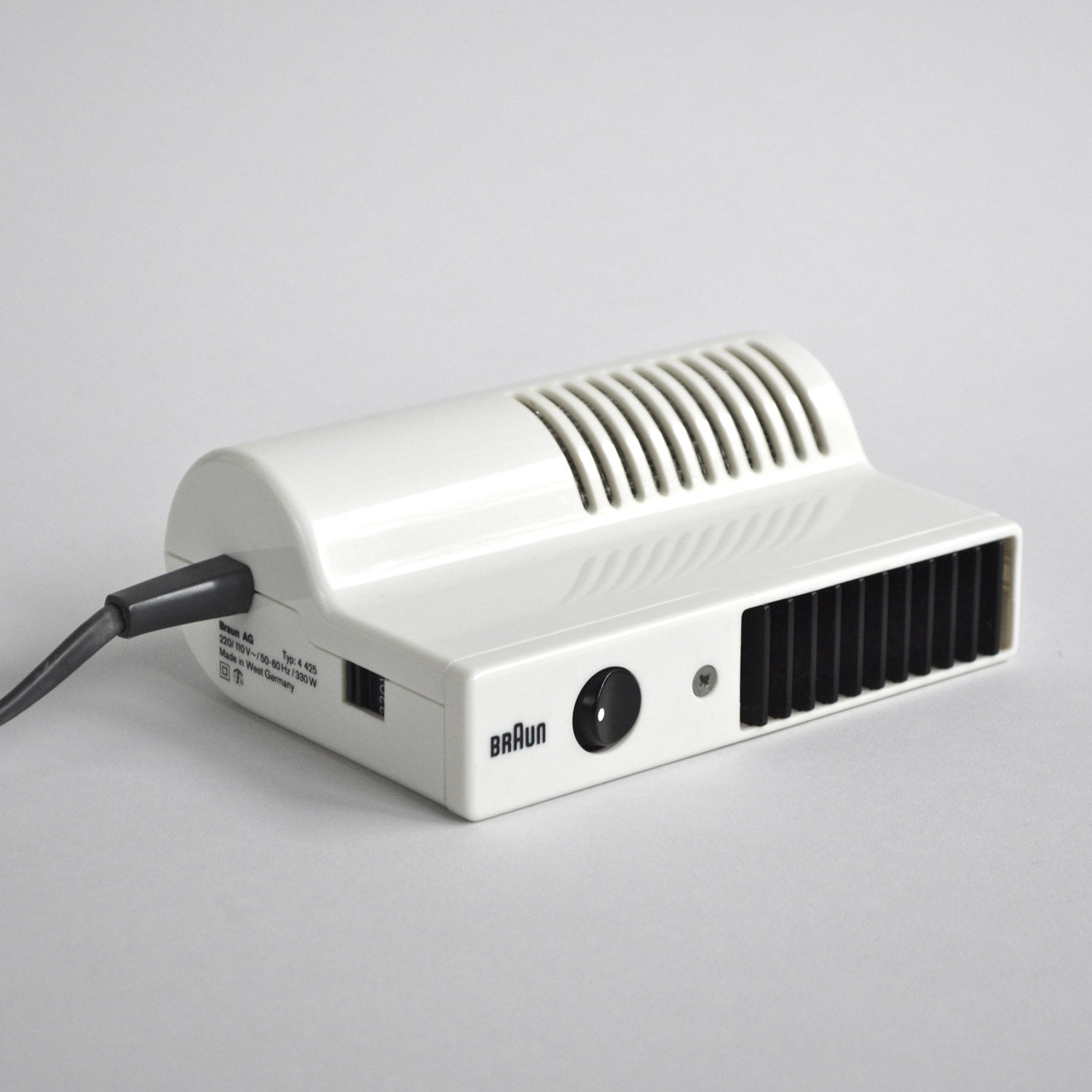 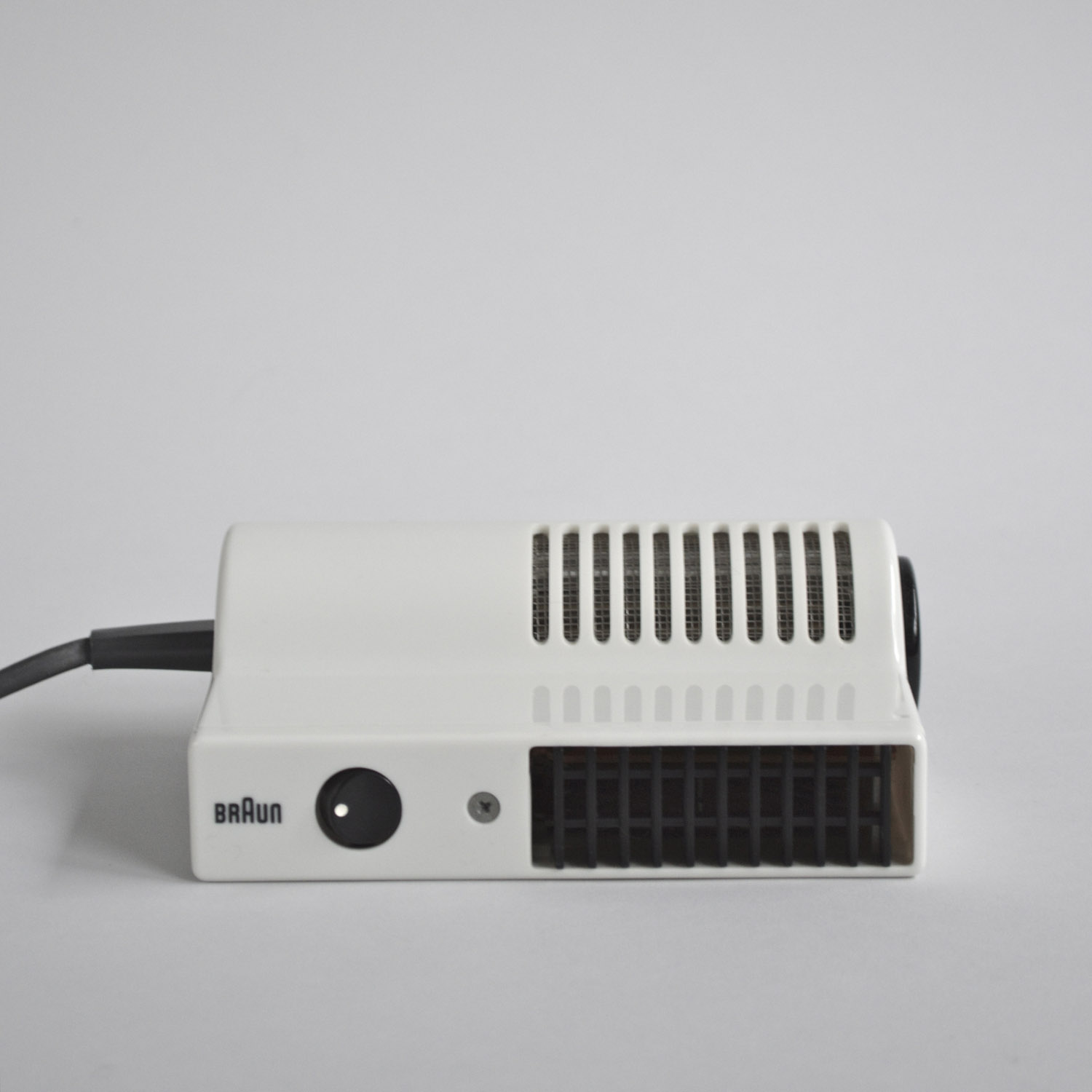 A re-engineering of Weiss' 1964 HLD 231 design. The two parts of this housing are held together by a single screw fixed through the outlet plate. The prominent placement of the fixing expresses this structural significance. With the later model developments in the technology of plastics permitted the outlet to be produced in the same material as the body. Although the screw remains, some rigour is lost. Being of the same material as the body, the clasping function of the faceplace is less clearly articulated. The move from the use of many materials to a single cost effective one can also be seen in HL 70 re-design of Weiss HL 1 design.