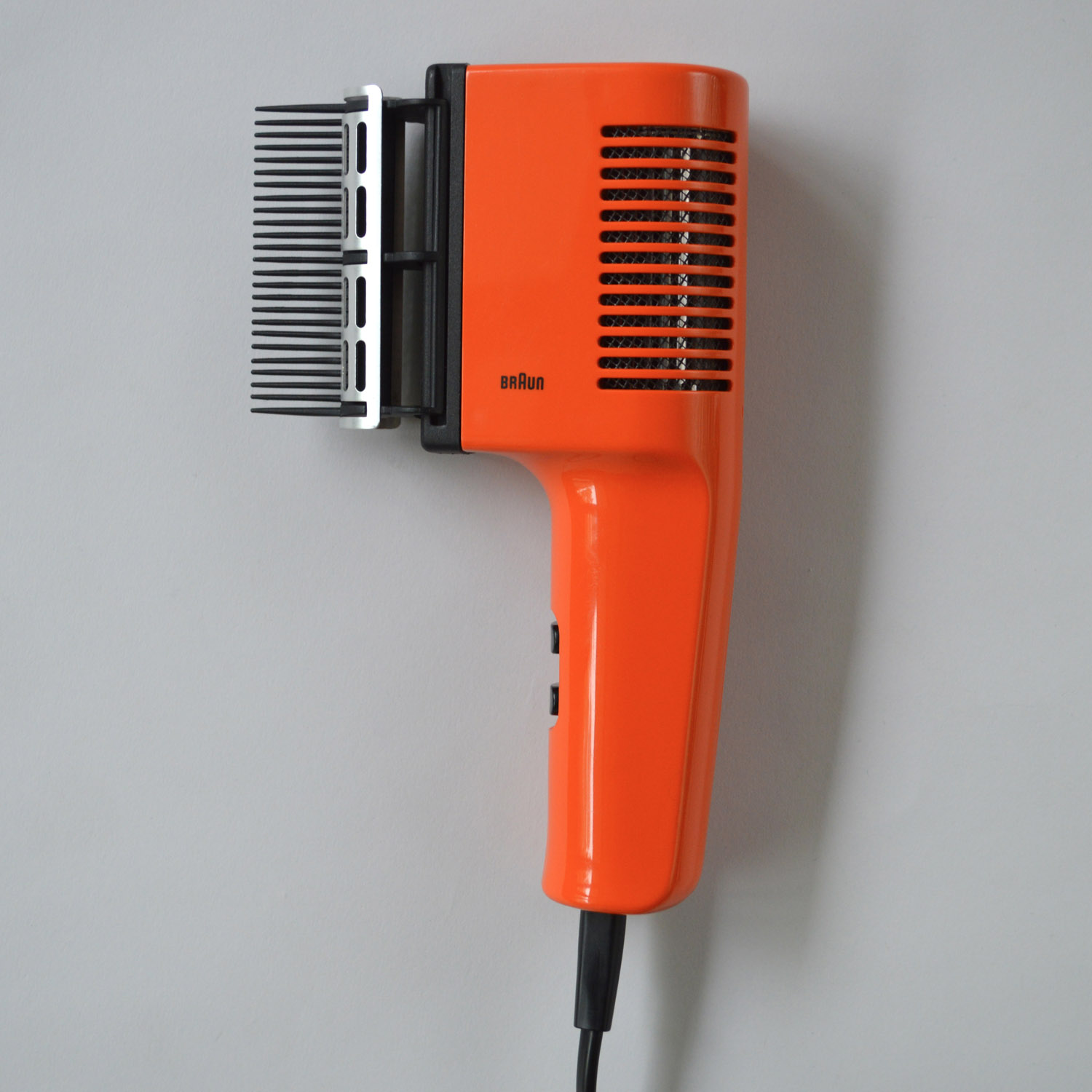 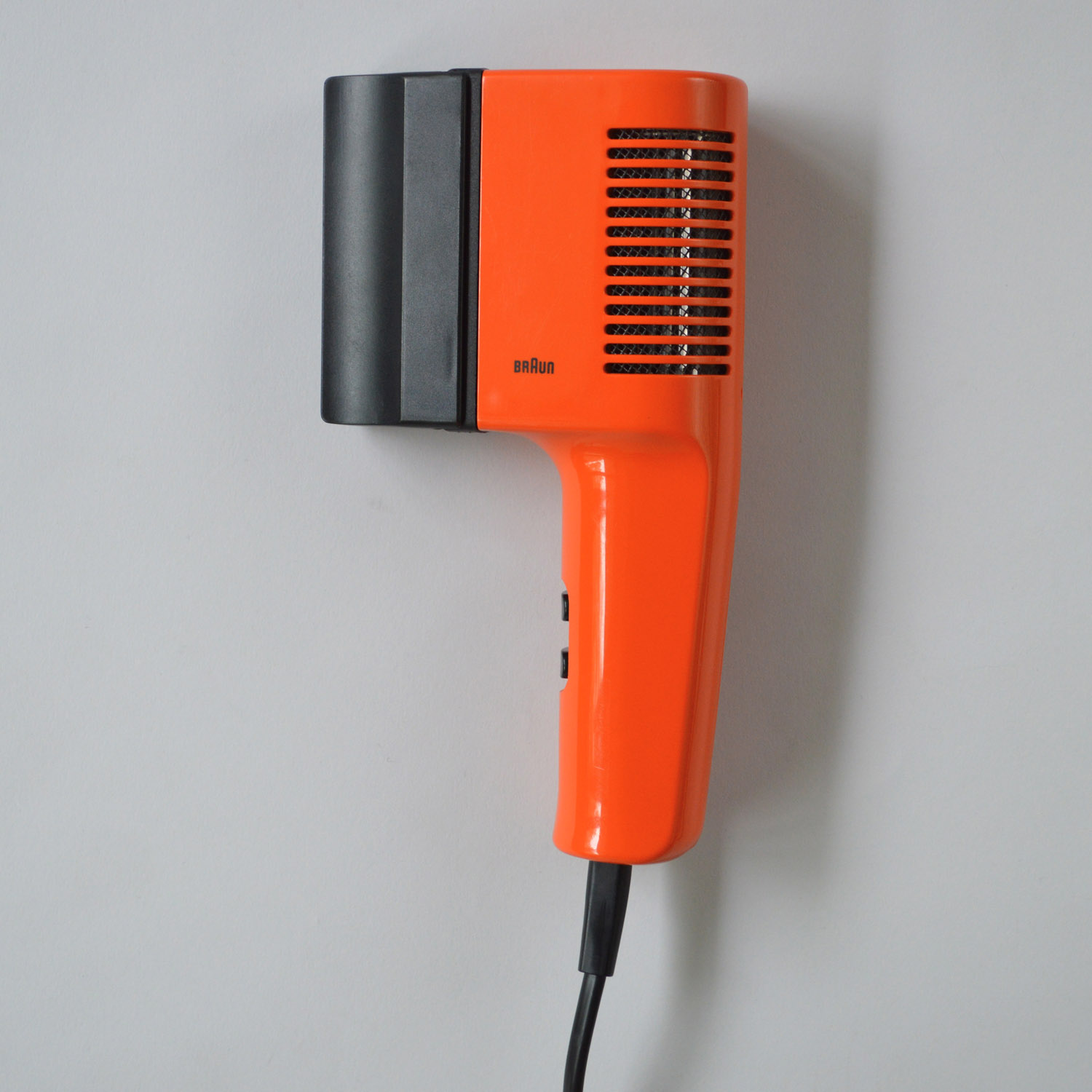 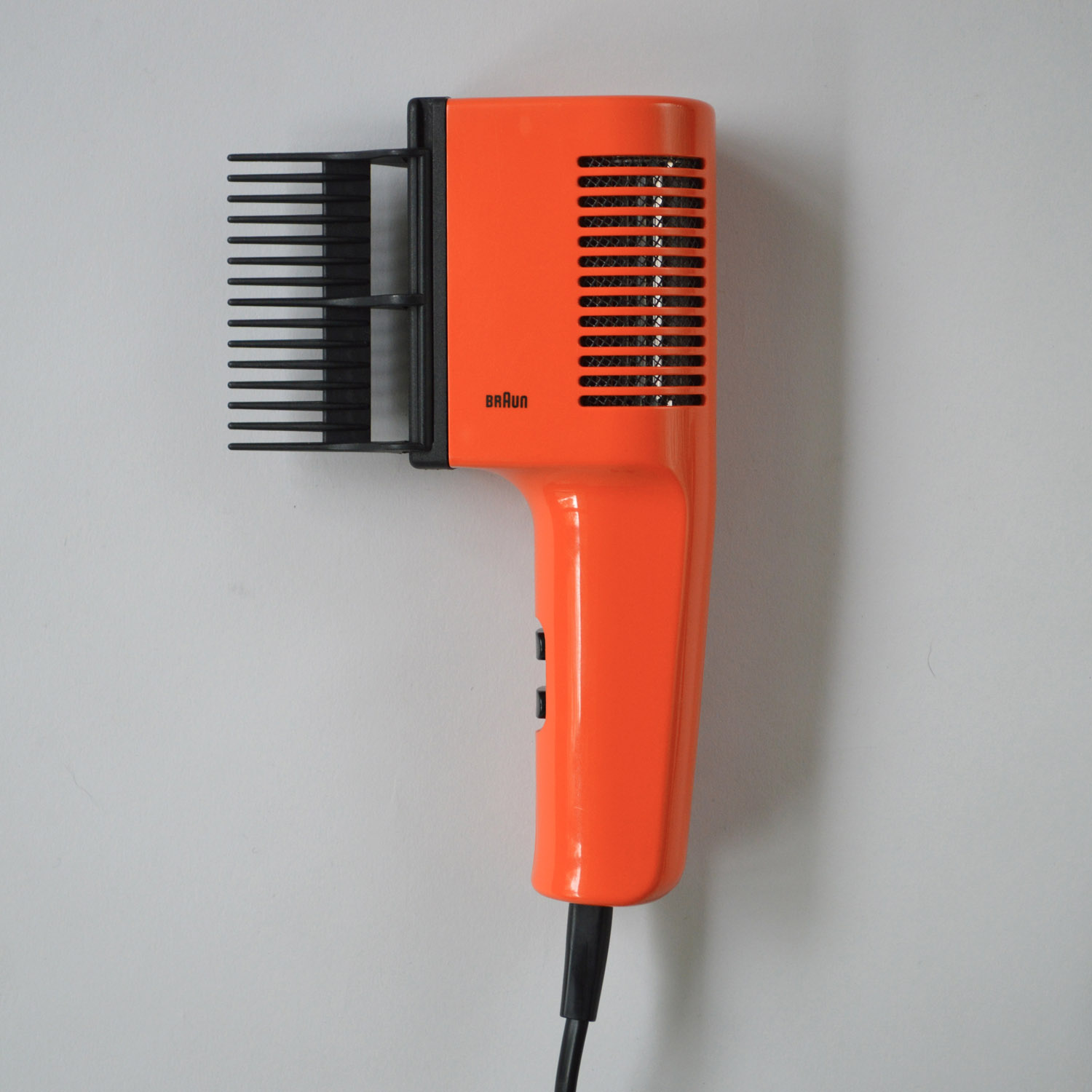 In 1963 Weiss was tasked to develop his  successful men's hair dryer, HLD 231, for the women's market. His solution added a handle to the HLD 231, and the body of the device was specified in red plastic, the first Braun design conceived in a primary colour. In the event, the company baulked at the costs of new tooling and the design did not enter production. Instead a white bodied version of the HLD 231 was produced for the female market. It was only in 1971, when the hairdryer market was considerably more developed than it had been in the early '60s, that the company made the decision to put Weiss' earlier design into production. Jurgen Greubel was commissioned to update Weiss' '63 design. Finally issued in 1971, the HLD 5 made little change to the design worked out  by Weiss nearly a decade earlier.