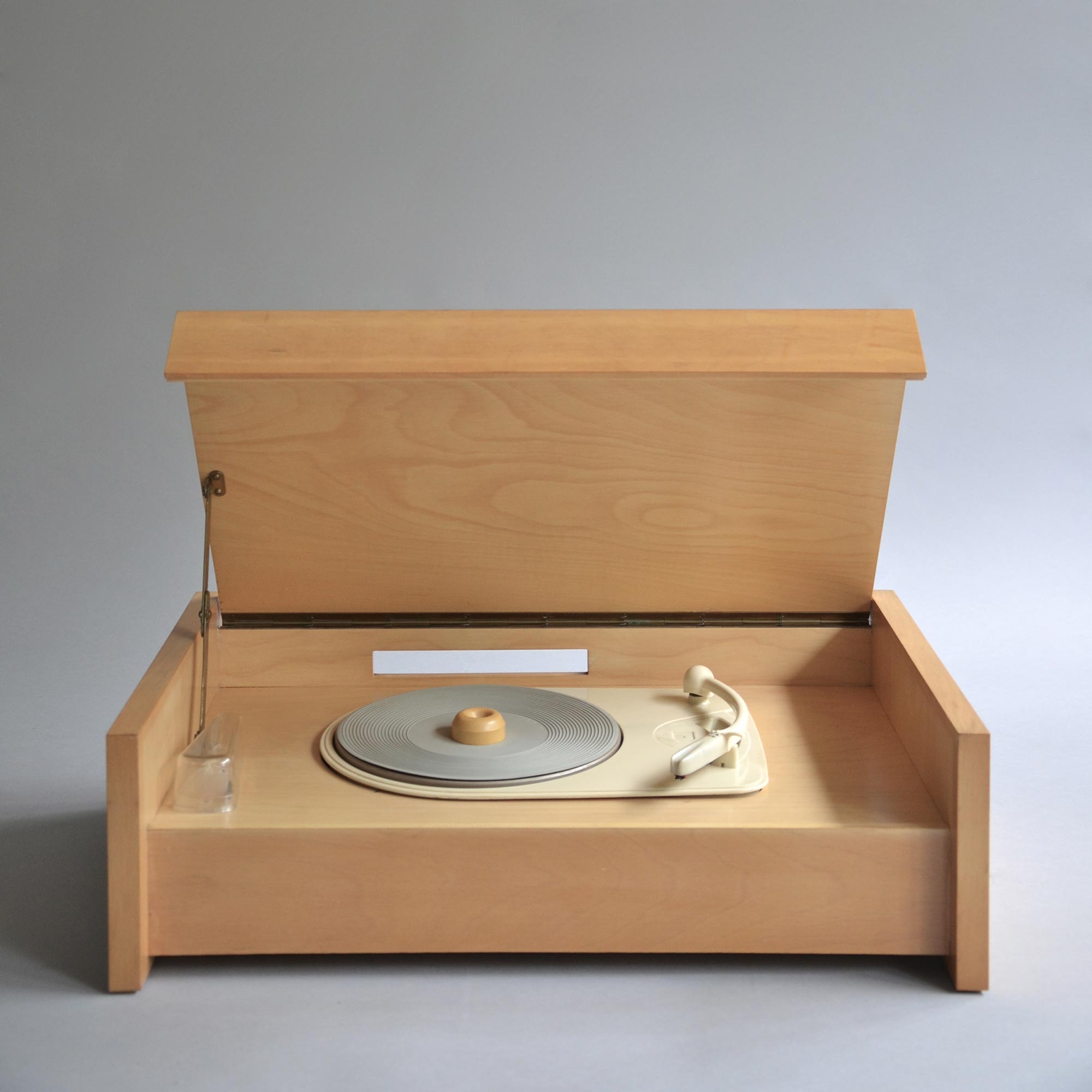 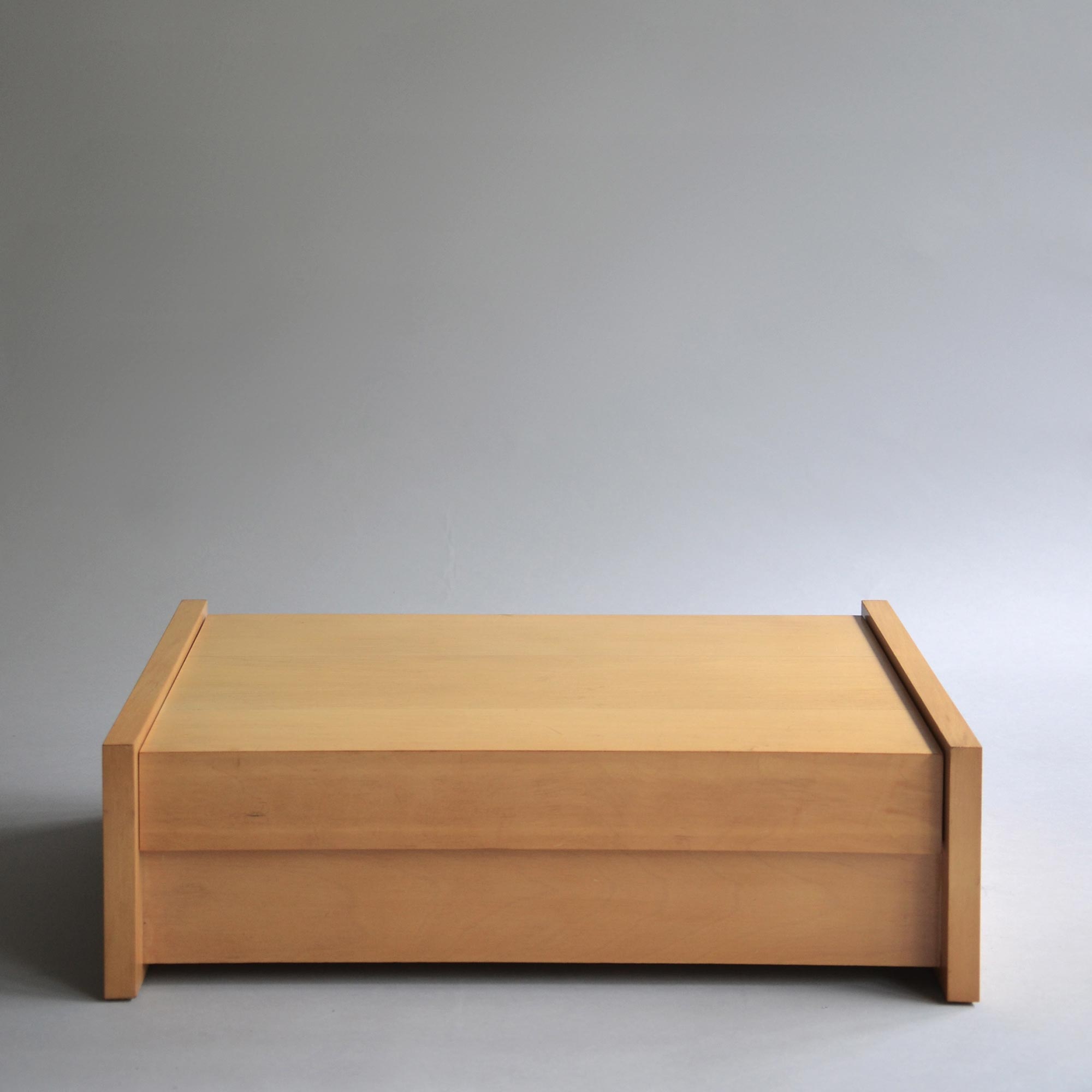 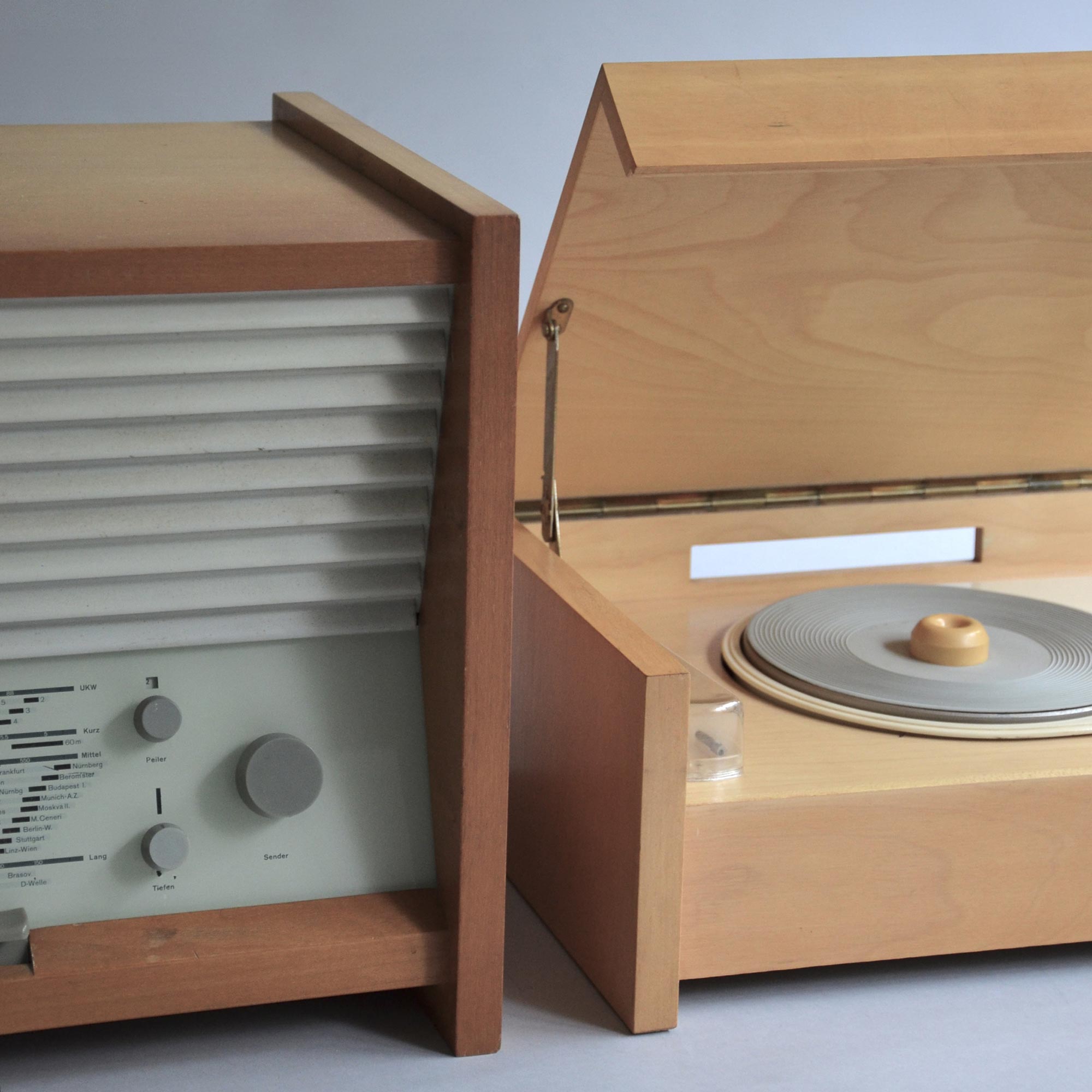 One of a foundational group of designs produced in 1955, the inaugural year of Braun Design, for the DÃ¼sseldorf Electronic Exhibition. Gugelot planned the G 12 record player in modular relation to the G 11 radio produced in the same year.

The aesthetic force of Gugelot's G series arises from the subtle conjunction of systematically orthogonal forms and boldly figured wood. Although production of Gugelot's G series continued into the early '60s, this vocabulary was soon eclipsed by Ram's development of a less romantic, more affirmatively industrial approach.

This example of the G 12 with Valvo prodced turntable element  is a scarce model, issued in the year prior to Wagenfeld's PC 3 phono design with which post '56 models of the G 12 were equipped.