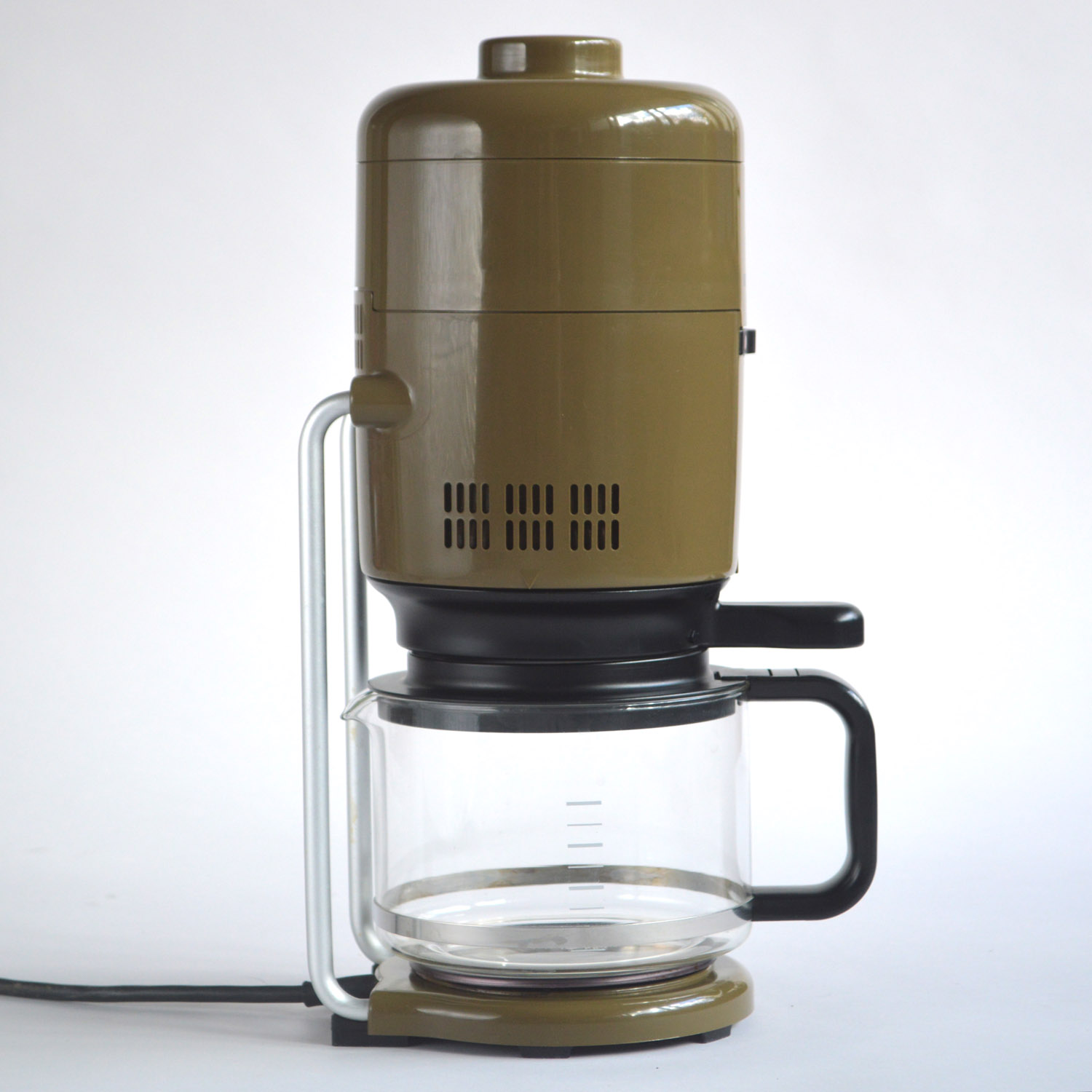 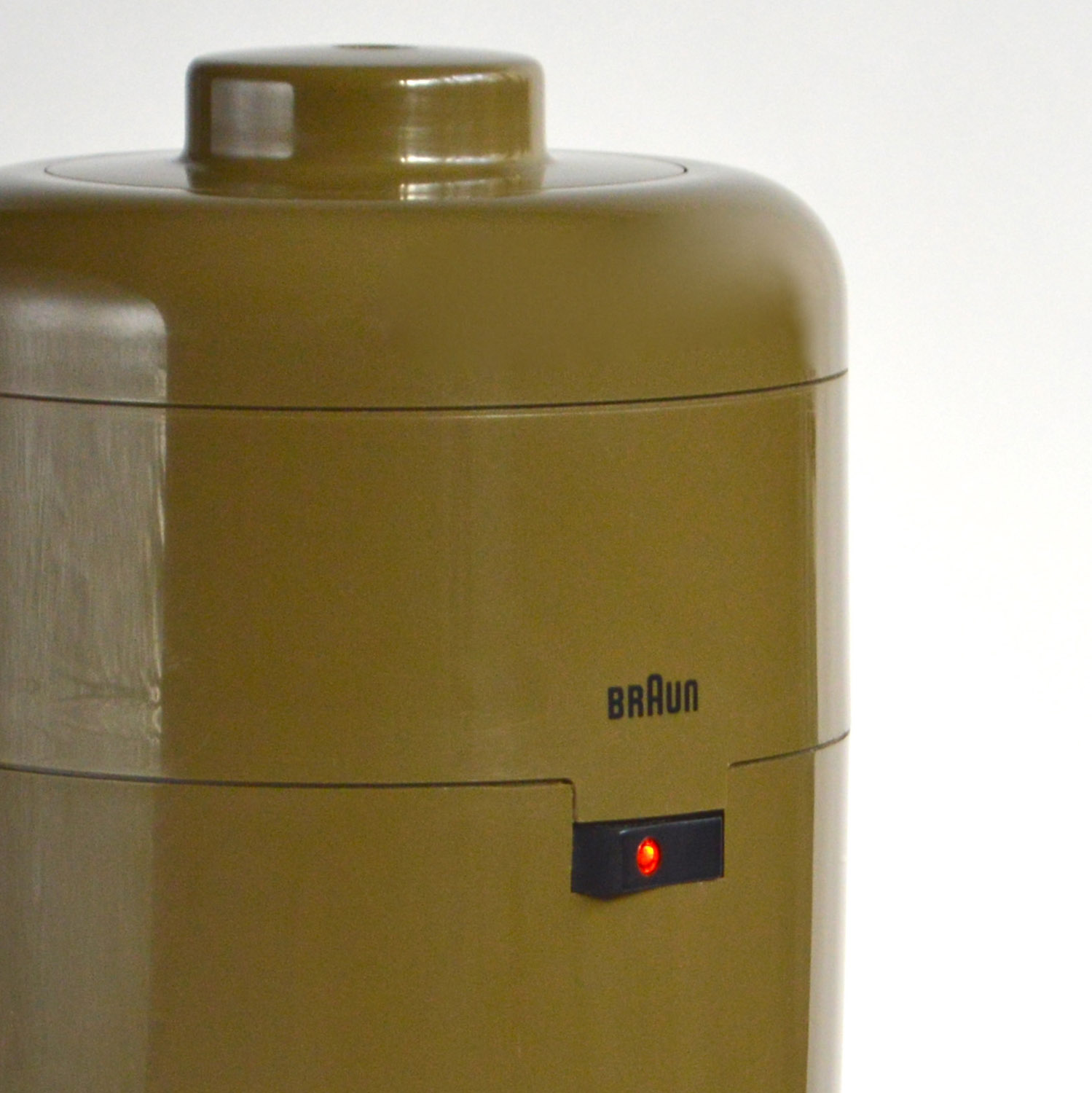 The KF 20 is a remarkable column of a coffee filter machine. Its elements are stacked so that it resembles a water tower. Costly polycarbonate plastic used to produce the crisply moulded casings gave durable and consistent glossed surfaces; the distinctive separation of reservoir and hotplate was made possible by an economically extravagant duplication of heating elements.

If the KF 20 was produced with an almost utopian disregard for economic considerations, the later KF 40 was a design shaped entirely by analysis of the market. The general aim had been to reposition the company in the upper middle segment of the French and German filter coffee maker markets, and to create and opening in the American. To achieve this, production costs of the KF 40 were required to be 60% that of the KF 20. Accordingly, polycarbonate was substituted for polypropylene, soft striations on the body were then called for to compensate for irregularities in the surface, the heating elements were unified and the casing acquired a more lumpen form. By its nature industrial design is constrained at every point. But it is not the degree of compromise that ensured the relative banality of KF 40. Rather it is the design's adaptation to market conditions at the level of its inception that did the job. The difference between the two designs is emblematic of the development (and decline) of Braun Design from the early '70s onwards.