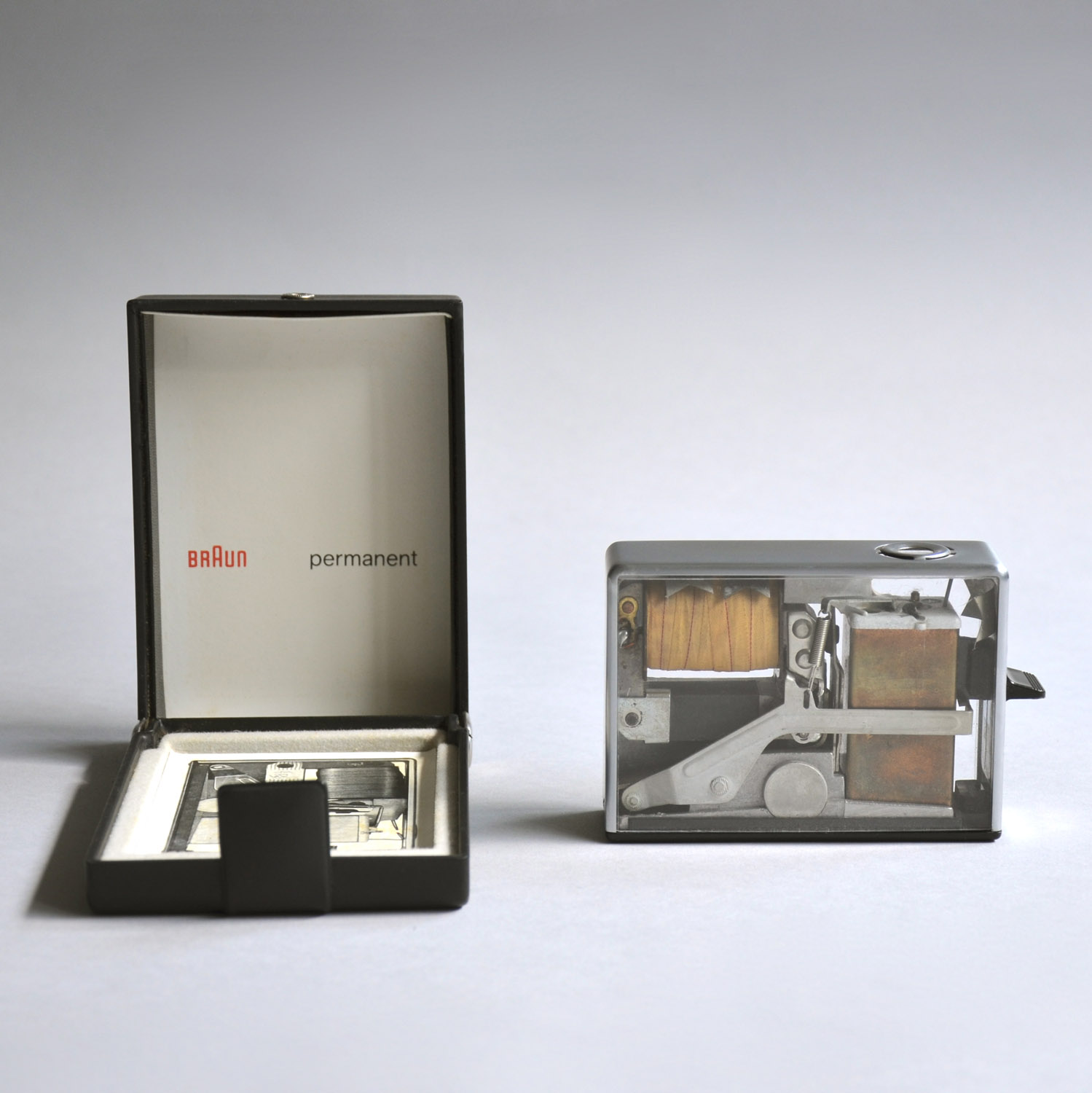 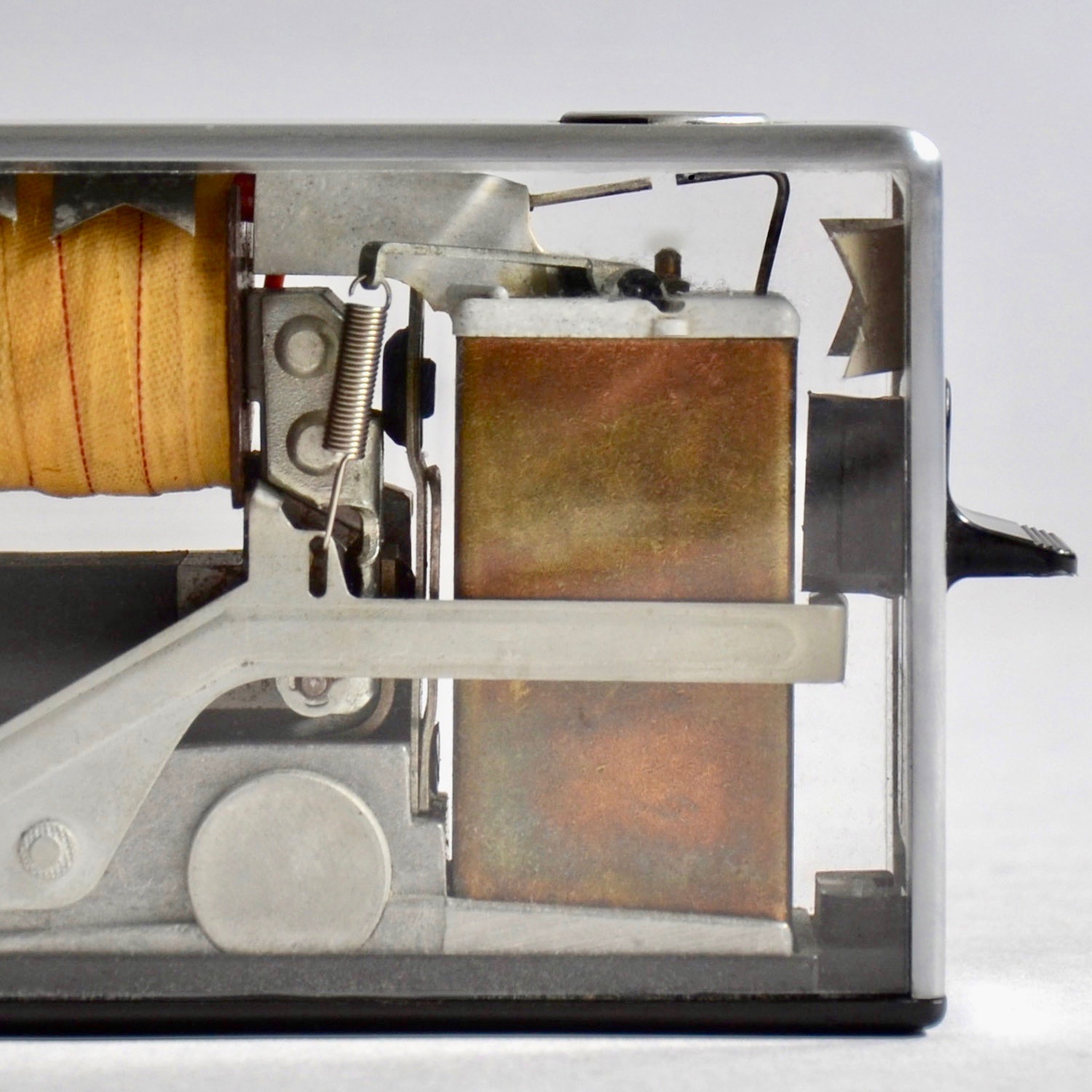 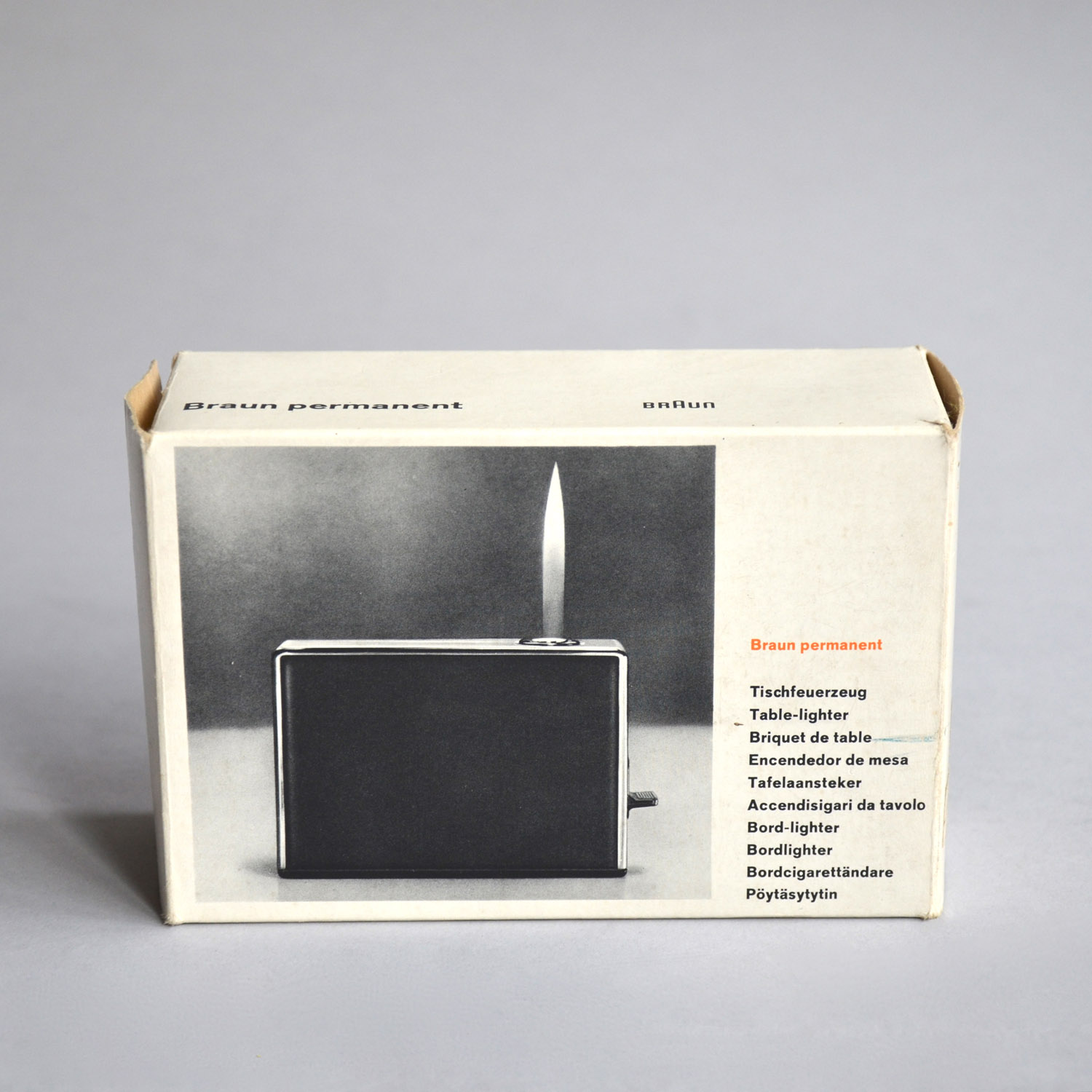 The name 'permanent' refers to the device's sparking mechanism. Braun engineers had developed an ignition system that for the first time dispensed with the need for batteries. Hence the claim in the instructions that the permanent is 'endowed with almost infinite life'. This model with transparent flanks was introduced to show off the new mechanism.

The use of transparent casings might be considered a minor functionalist strategy, one also pursued by Rams and Greubel in their Lectron System designs of the year earlier. Editions of Rams' phase one alarm and T 2 table lighter were also later issued with transparent casings, as was the ABR 21 signal clock radio.

Acrylic side panels were not specified for the design by Reinhold Weiss. They are a variation on the original design introduced following Weiss' departure from the company in '68.