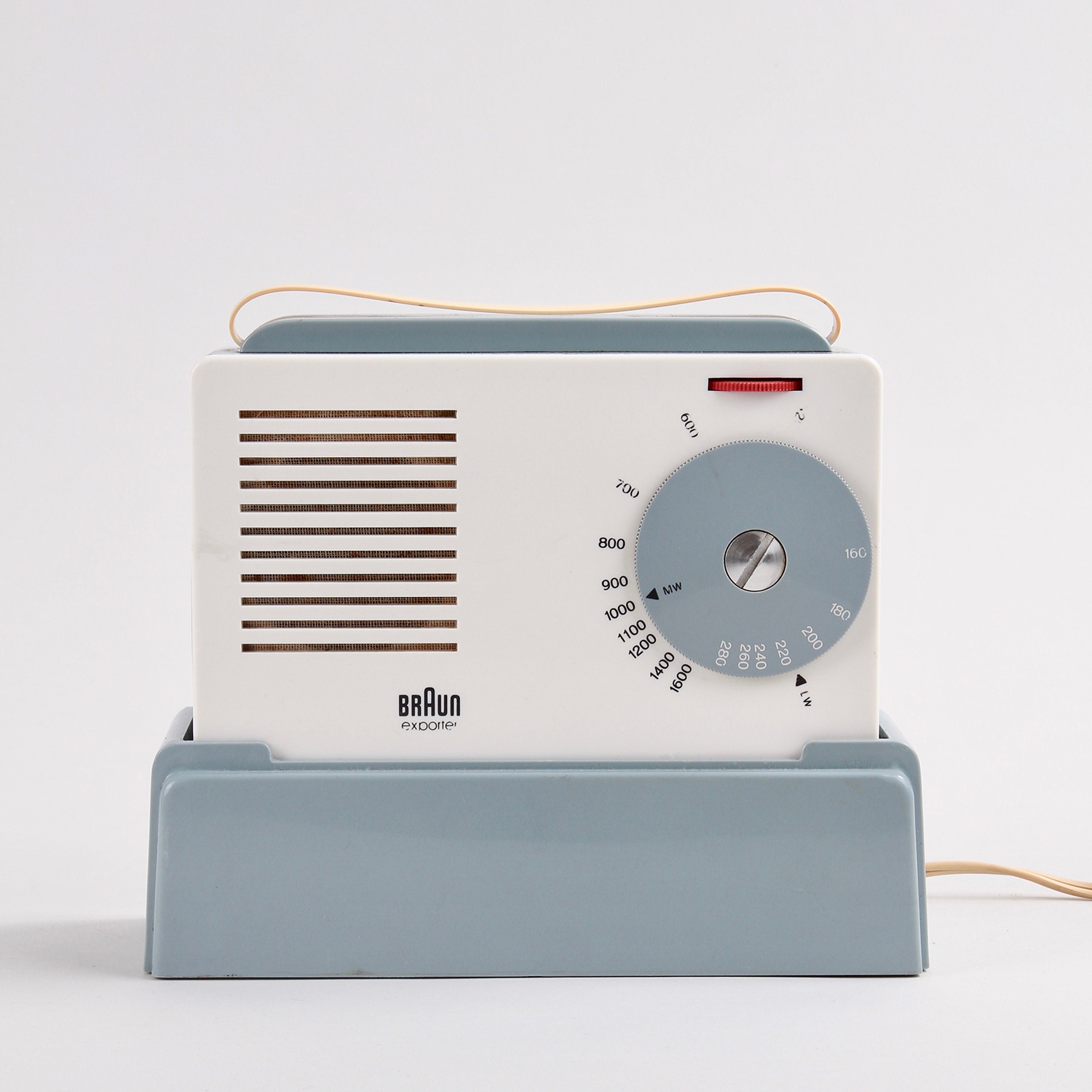 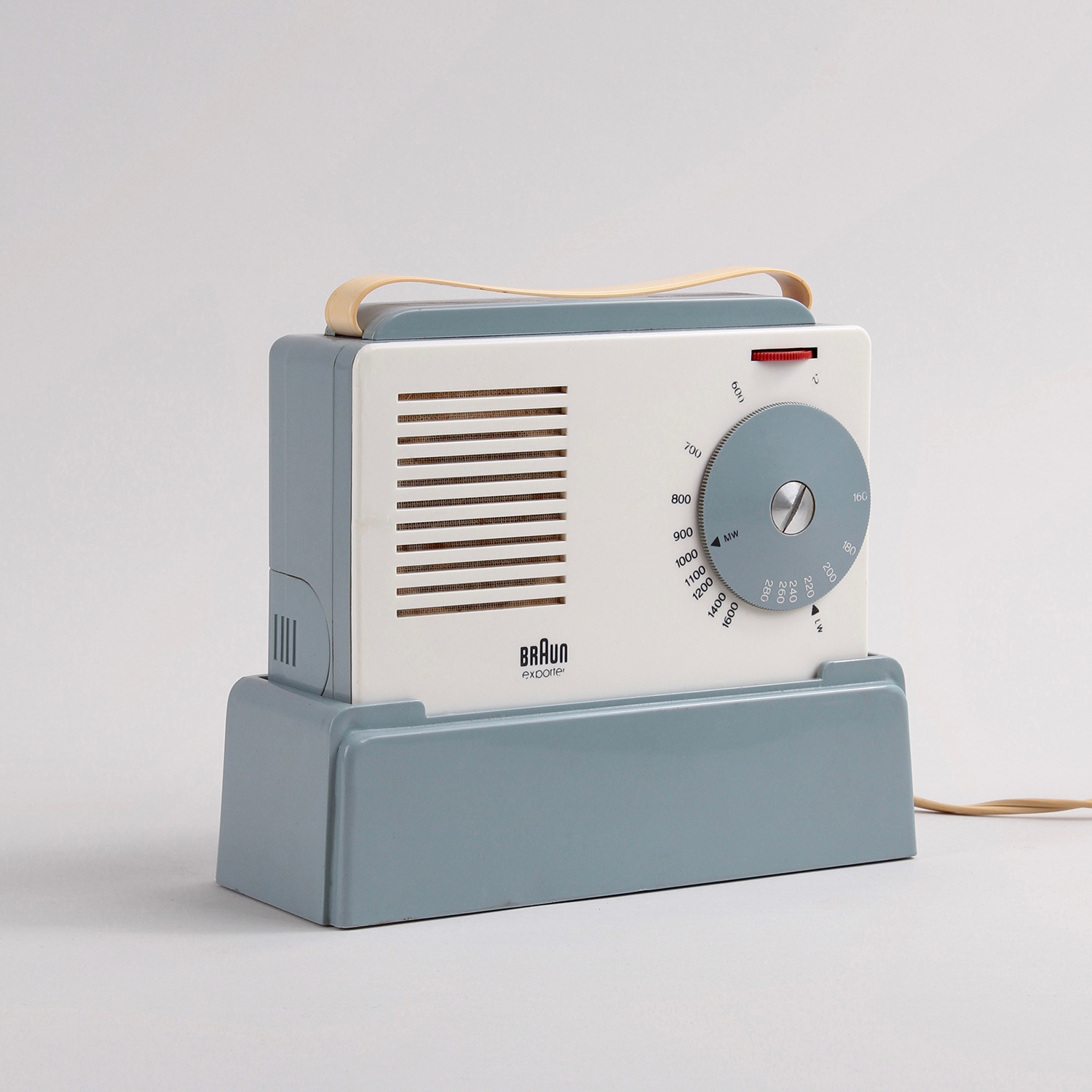 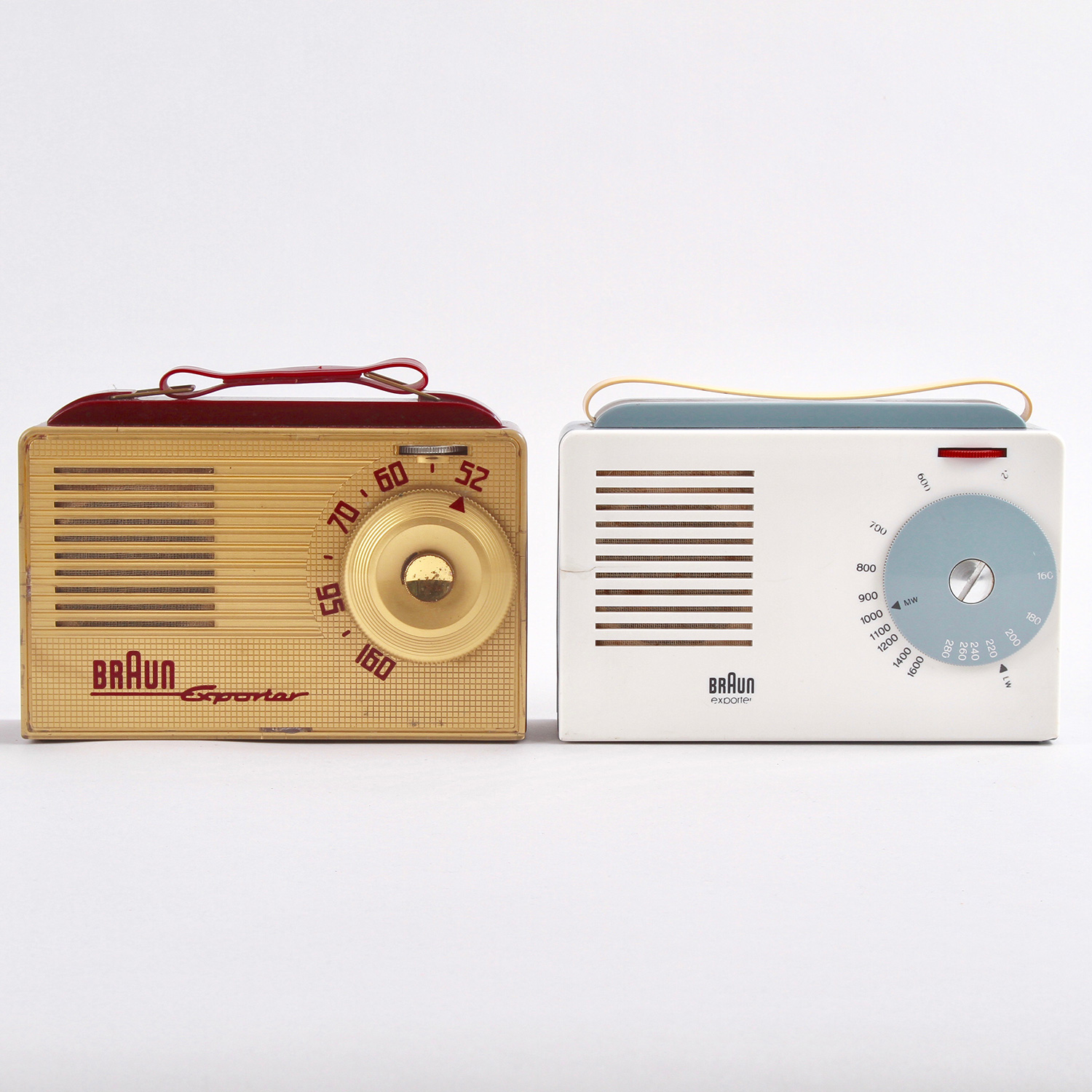 The Exporter 2 was amongst the small group of Braun audio designs produced in the new modernist style that were launched at the 1955 Dusseldorf Radio Fair. The Exporter 2 was a radical re-design undertaken by the HfG Ulm of the Braun Exporter, a radio designed in-house at Braun and introduced to the market a year previously. The redesign was a demonstration to the company both of the validity of the HfG's approach, and its capacity to deliver improvement within tight constraints - the revision of the radio's housing called for relatively little new tooling, whilst the innards were left unaltered.

The Ulm designers retained the underlying form but drastically revised the product's material vocabulary and graphic markings.  They dispensed with the earlier combination of brassy metallic plate finishes and plastics. Instead they used a sheer white plastic face plate, and simplified the tuning control disk. Whereas the initial design consisted of a number of materials presenting themselves as some 'superior' material, the new design made no attempt to conceal the fact that it was made of plastic. On this concrete material basis,  a formal tension was articulated between the rectangular field of slotted openings, the speaker grille, on one side and the round form encircled by type on the other. This operation of severe material reduction and disclosure, combined with inventive formal abstraction and aimed at clarifying use was typical of the Ulm school, proving to be a powerful influence over Braun Design.

Because the Ulm method was collaborative, it is not known which designers there contributed to the Exporter 2 design. However, it is likely that Otl Aicher had a hand together with his then student Hans Conrad. A drawing of Conrad's showing the radio exists in his archive.