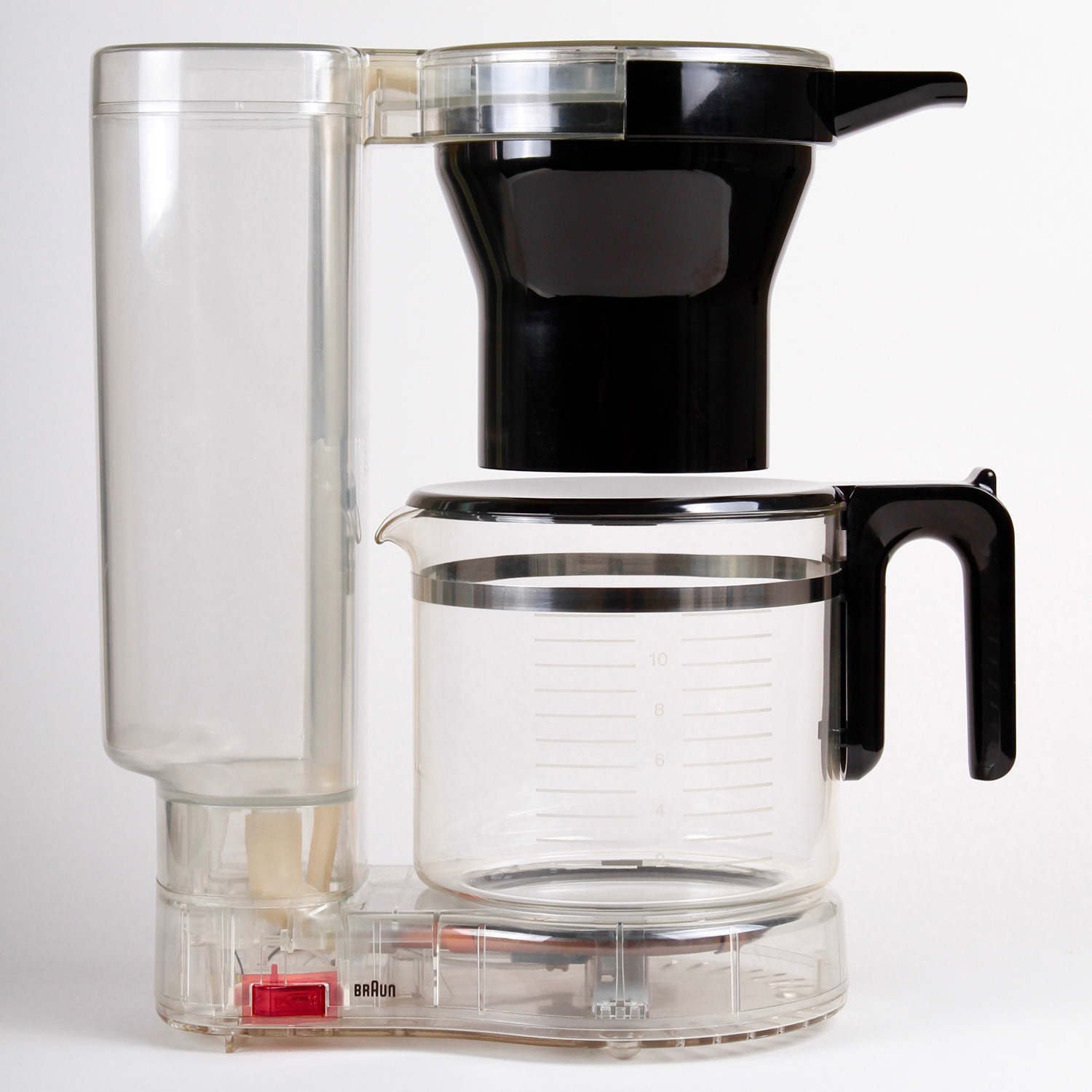 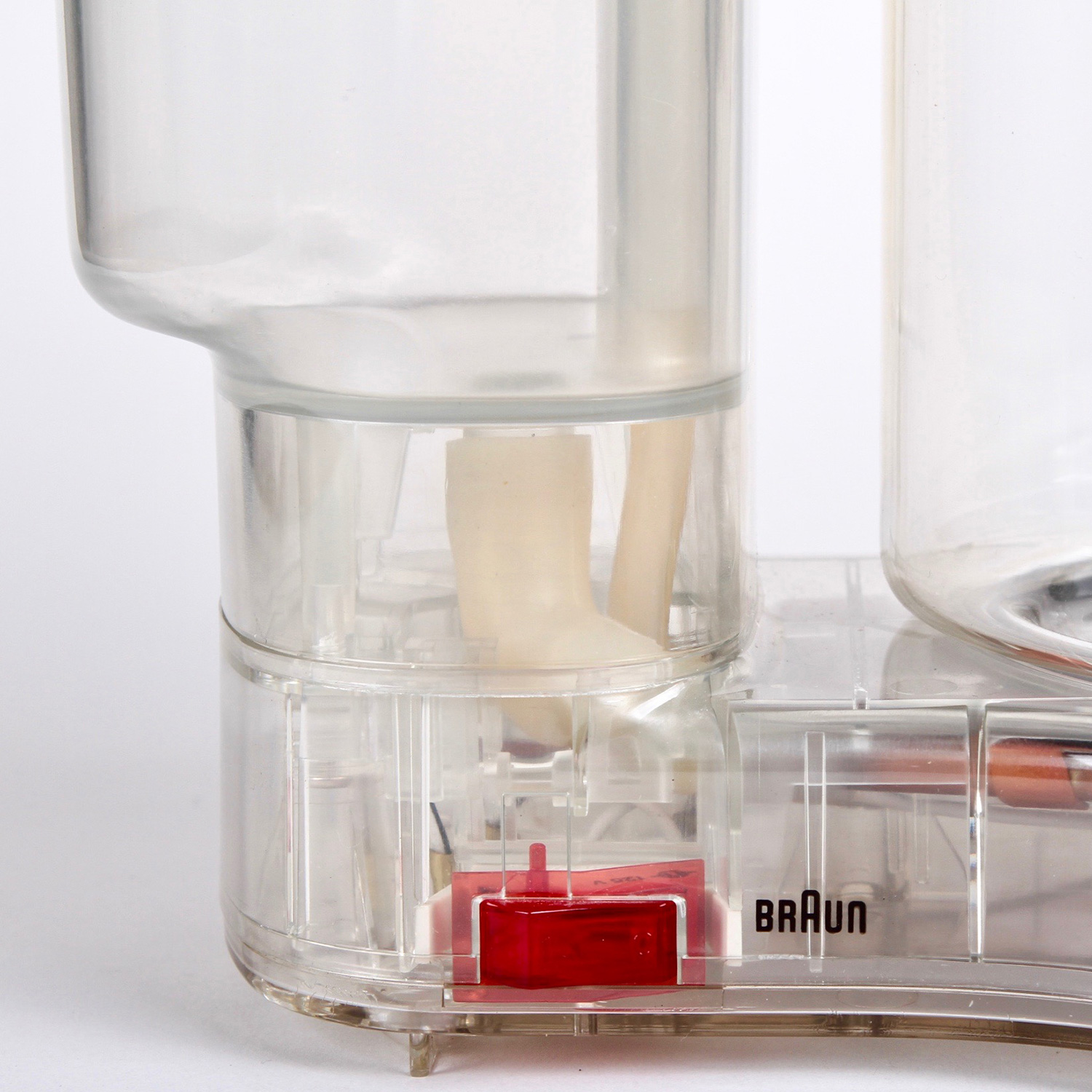 The KF 35's predecessor, the KF 20, operated with independent heating elements for boiling and warming the carafe. The KF 35 used one heating element to serve both functions, significantly lowering production costs. The resulting 'C' form became standard for coffee filters both at Braun and more generally. The name 'Traditional' refers to the machine' s interrupted drip flow, which emulates a traditional pour over brew method.

The KF 35 was produced in white and yellow. This unusual version with transparent casing was issued as a demonstrator to Braun reps.