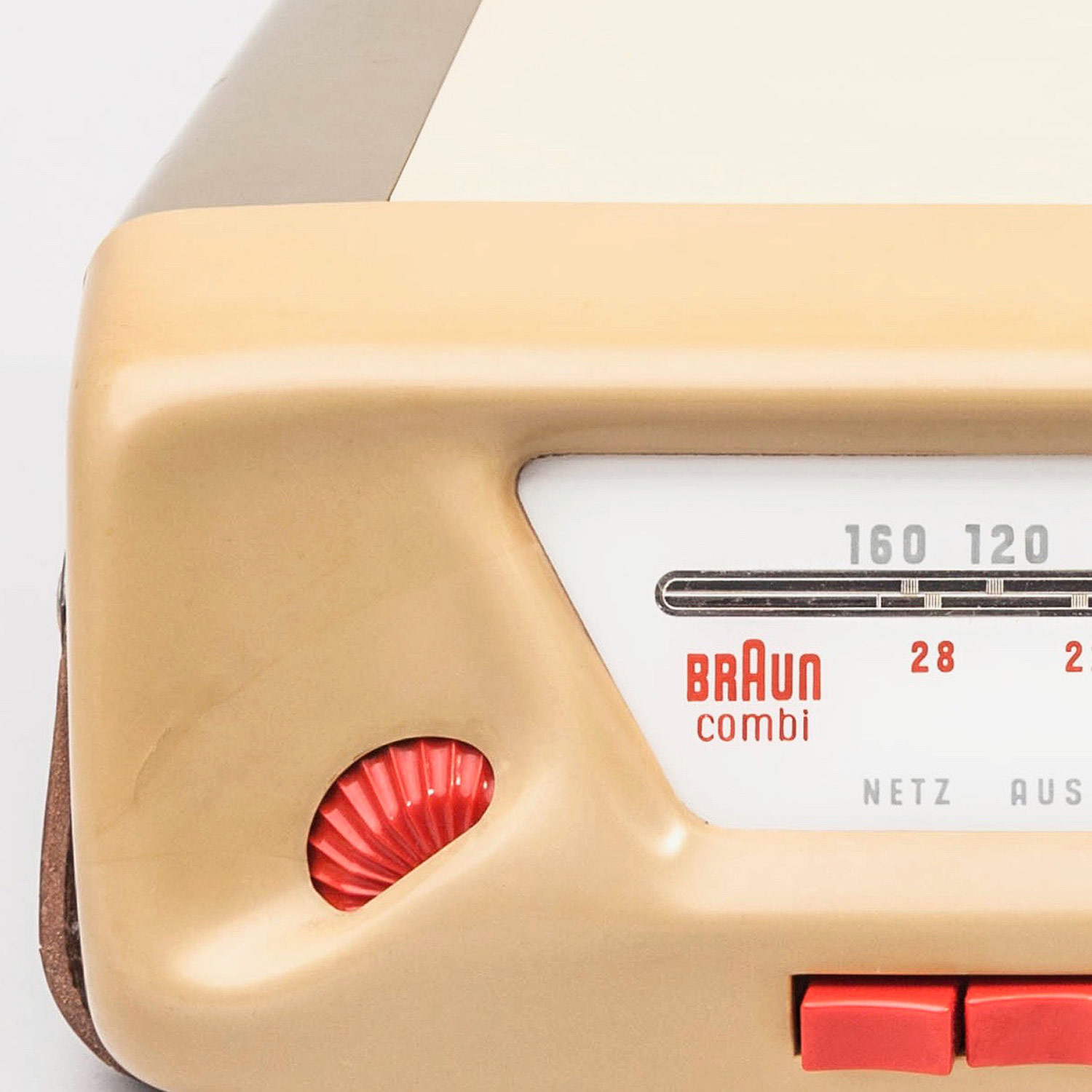 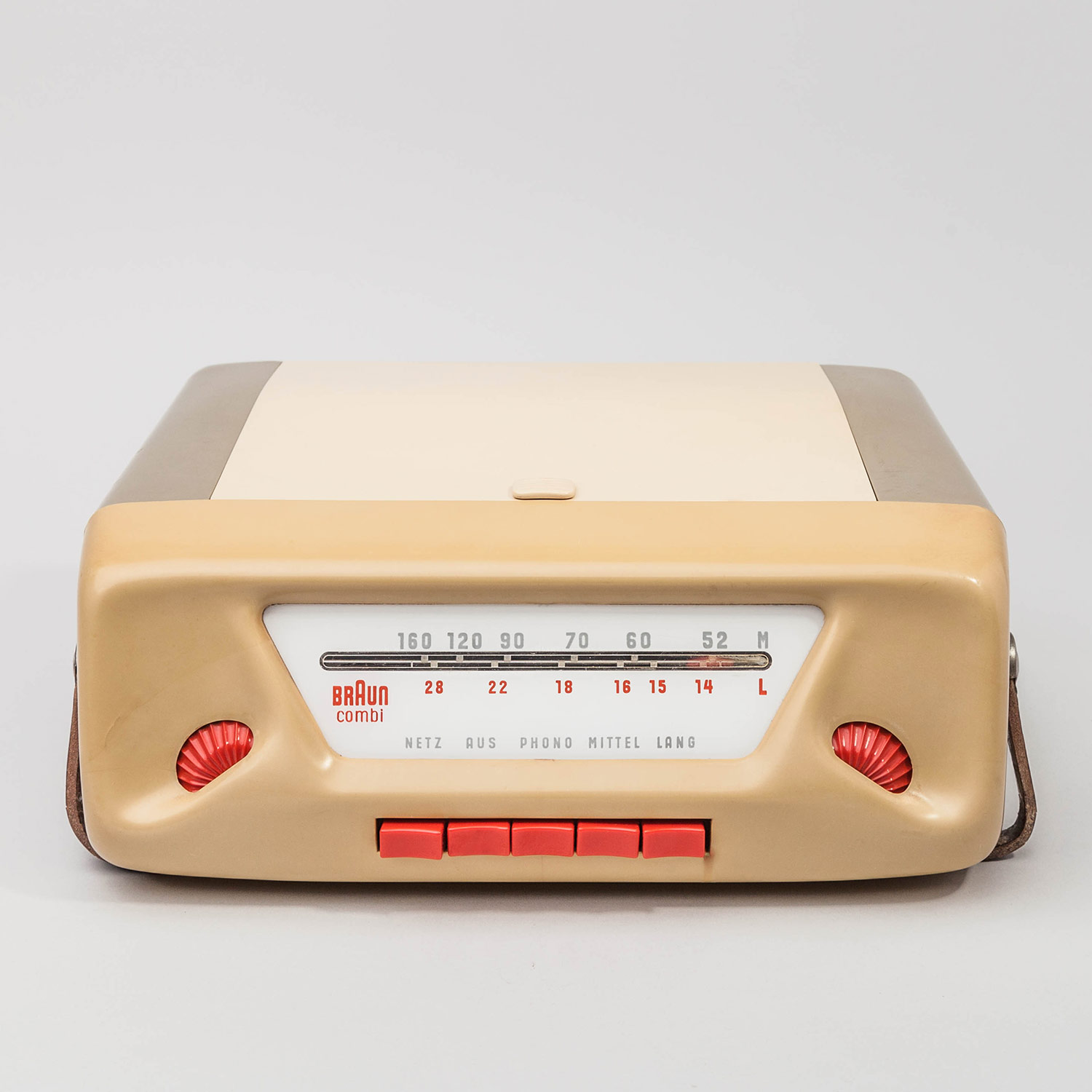 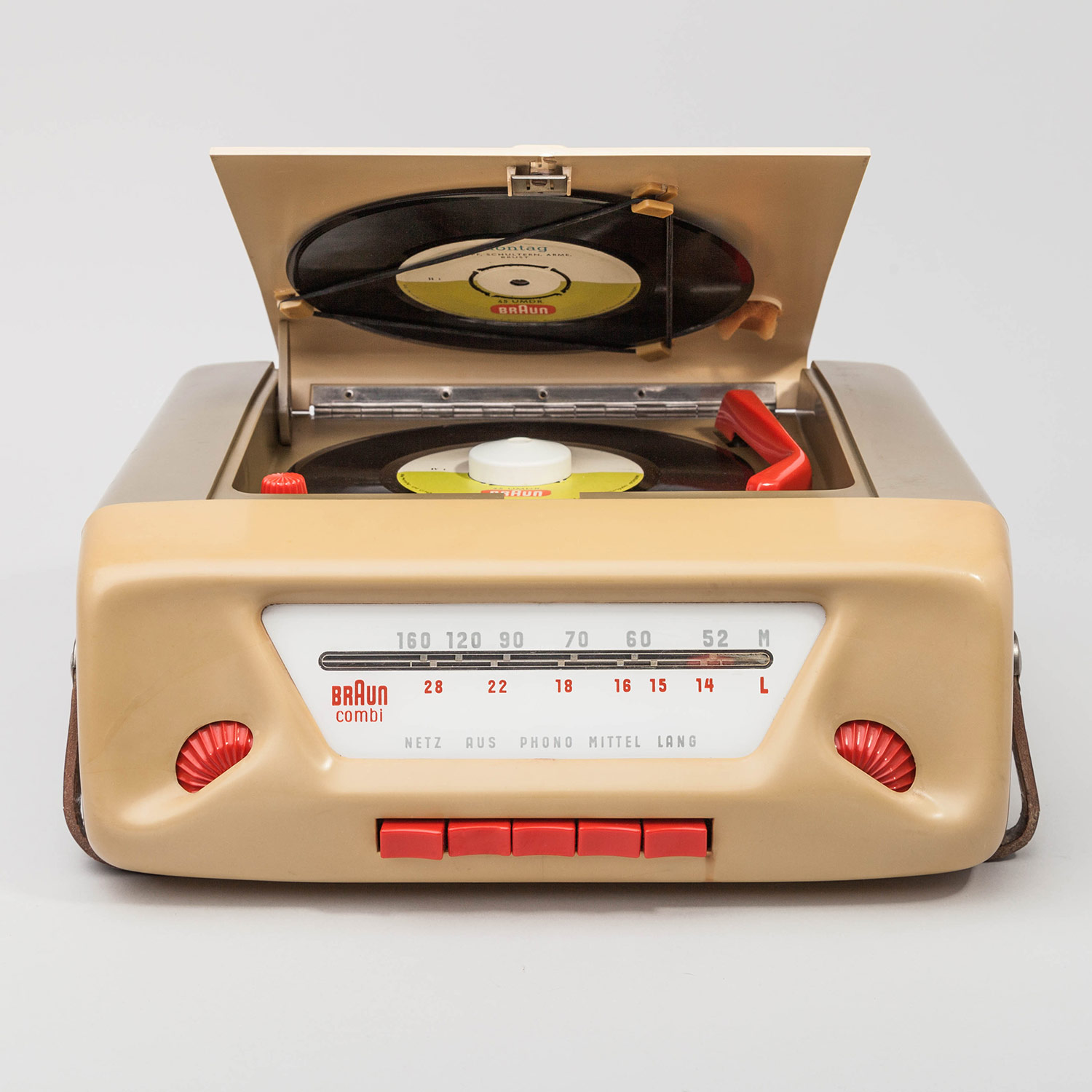 The first of two designs provided by Wagnfeld for Braun. Erwin and Artur Braun had been set on their path to renew the companyâ€™s program along modernist lines, in part, by the ideas of Wilhelm Wagenfeld, to whom they had been introduced at lecture in 1954 at Darmstadt. Indeed, it was as a result of that meeting that the designer was invited to design a portable radio-record player to join the collection of devices launched in the inaugural year of Braun Design at the 1955 DÃ¼sseldorf radio fair.

The combi was released in conjunction with an exercise program presented as a set of records. Formally, Wagenfeldâ€™s distinctive approach was not taken up within the developing program where the influence of the more rigorously systematic HfG Ulm registered with greater force.