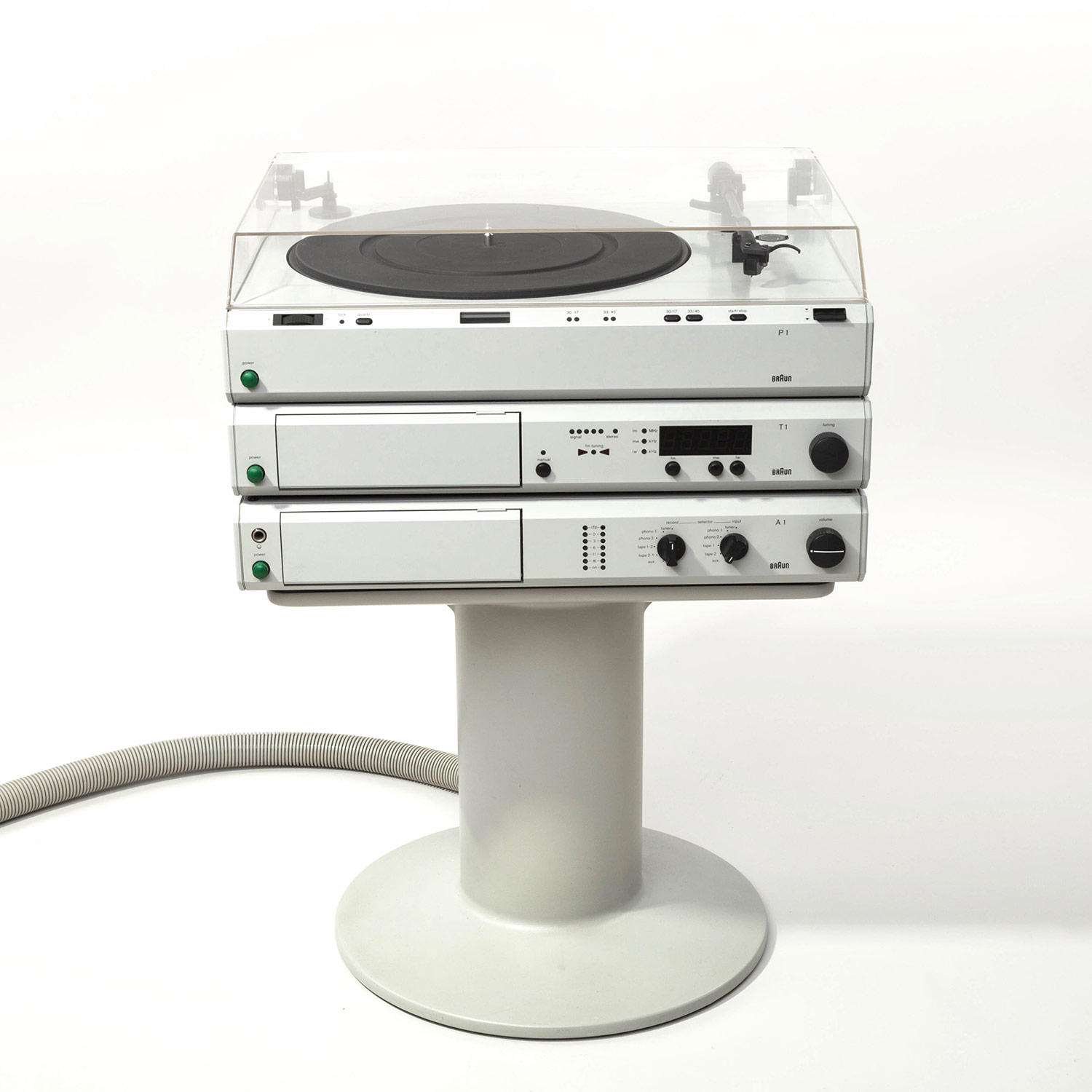 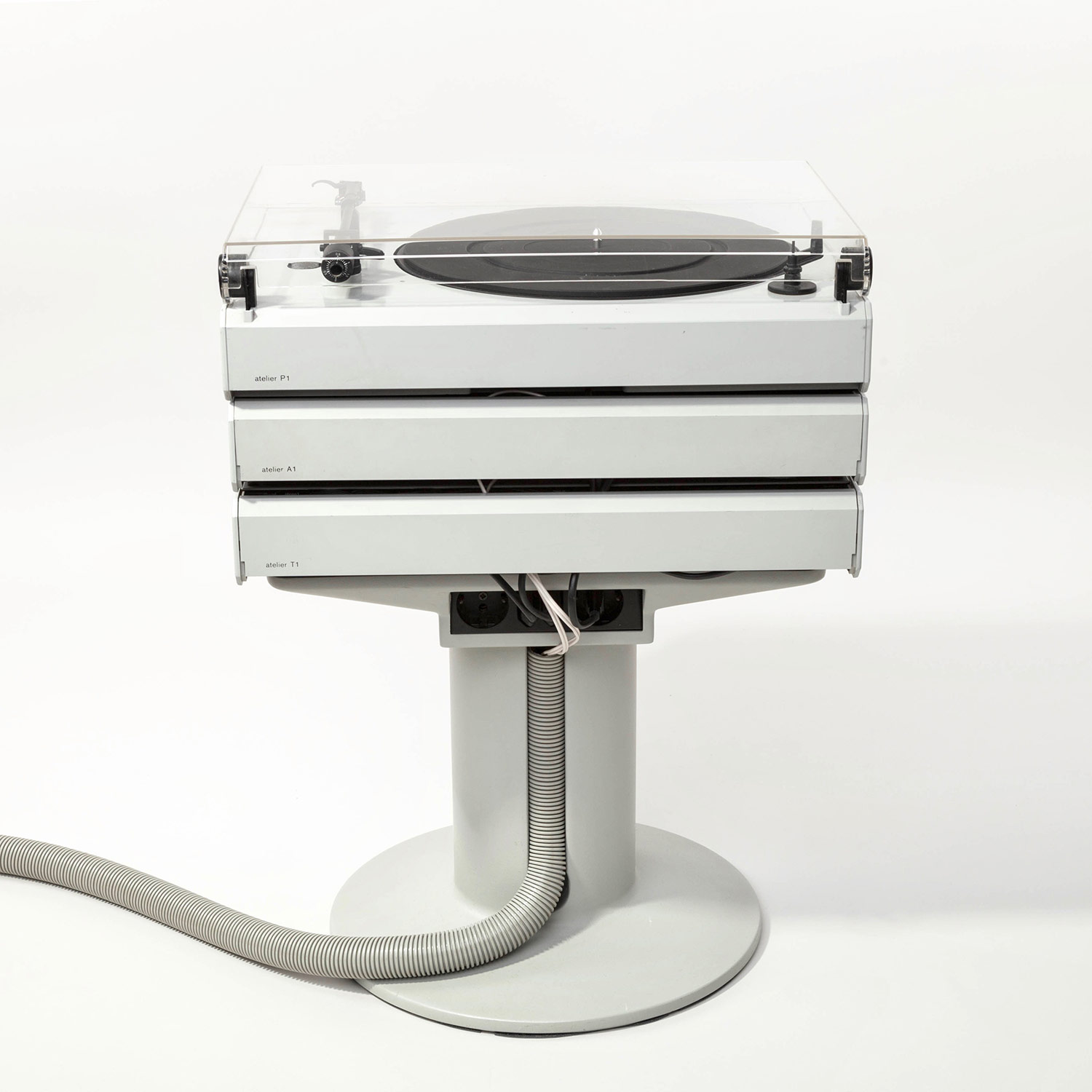 The audio category had faced difficulty throughout the 1970s. Externally, pressure was felt from Japanese manufacturers in a globalising market, whilst from within the company cost managers and marketing began to impose new constraints upon the design studios. All of this resulted in some unevenness at the level of design, and a significant decline throughout the decade at that of audio quality. This turned in 1980 with the launch of the Atelier series, a final return to serious hi-fi production that ran through four iterations before the companyâ€™s final withdrawal from the audio category in 1990.

Braun audio of the 1970s is characterised by efforts to compensate for lowered quality standards with forced visual complexity. Hartwein, in a return to the principles of '60s Braun audio design, instead sought clarity and simplicity. His system priorities use through a rigorous hierarchical logic governing the size and placement of controls. Minor controls are removed to a secondary level by the use of hinged flaps.