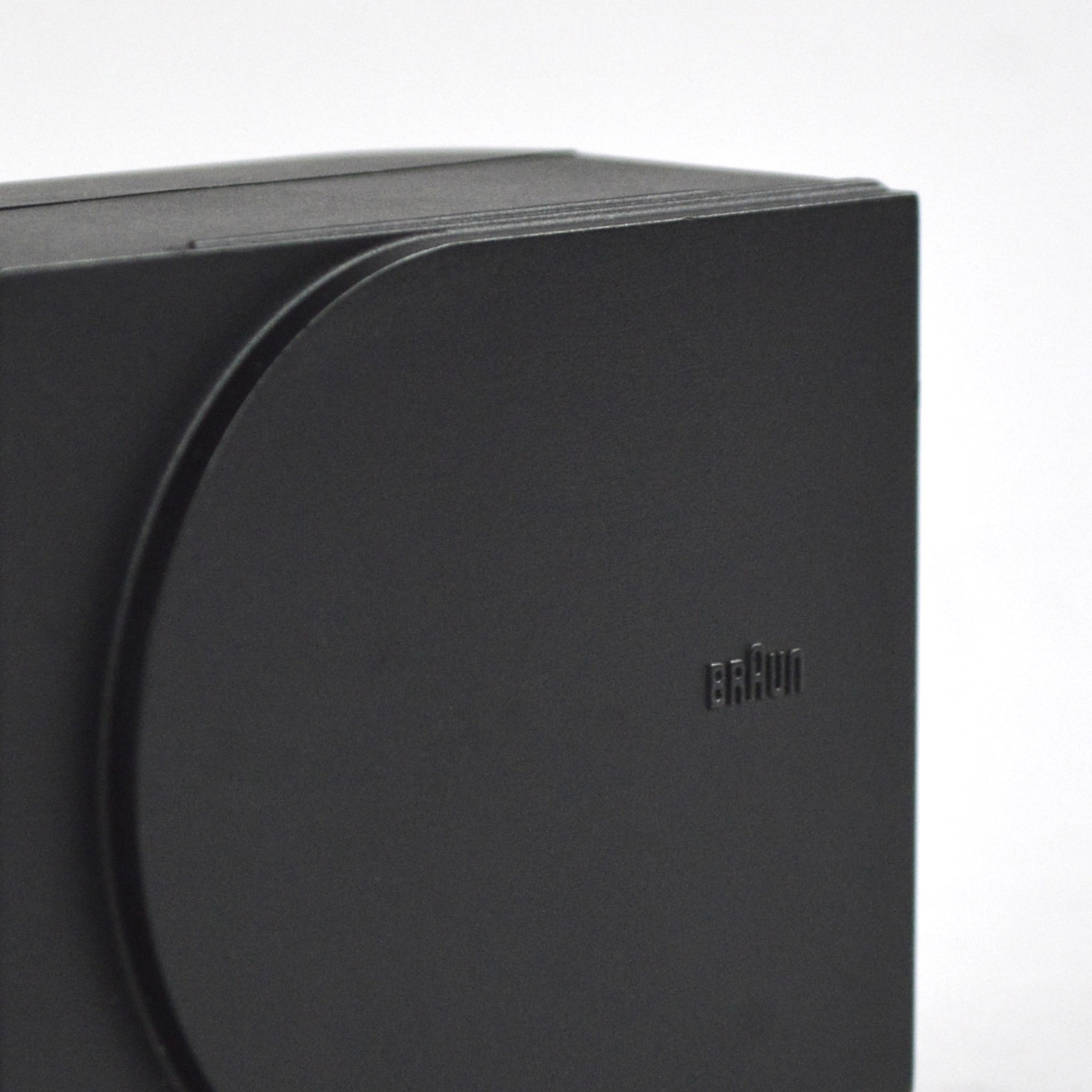 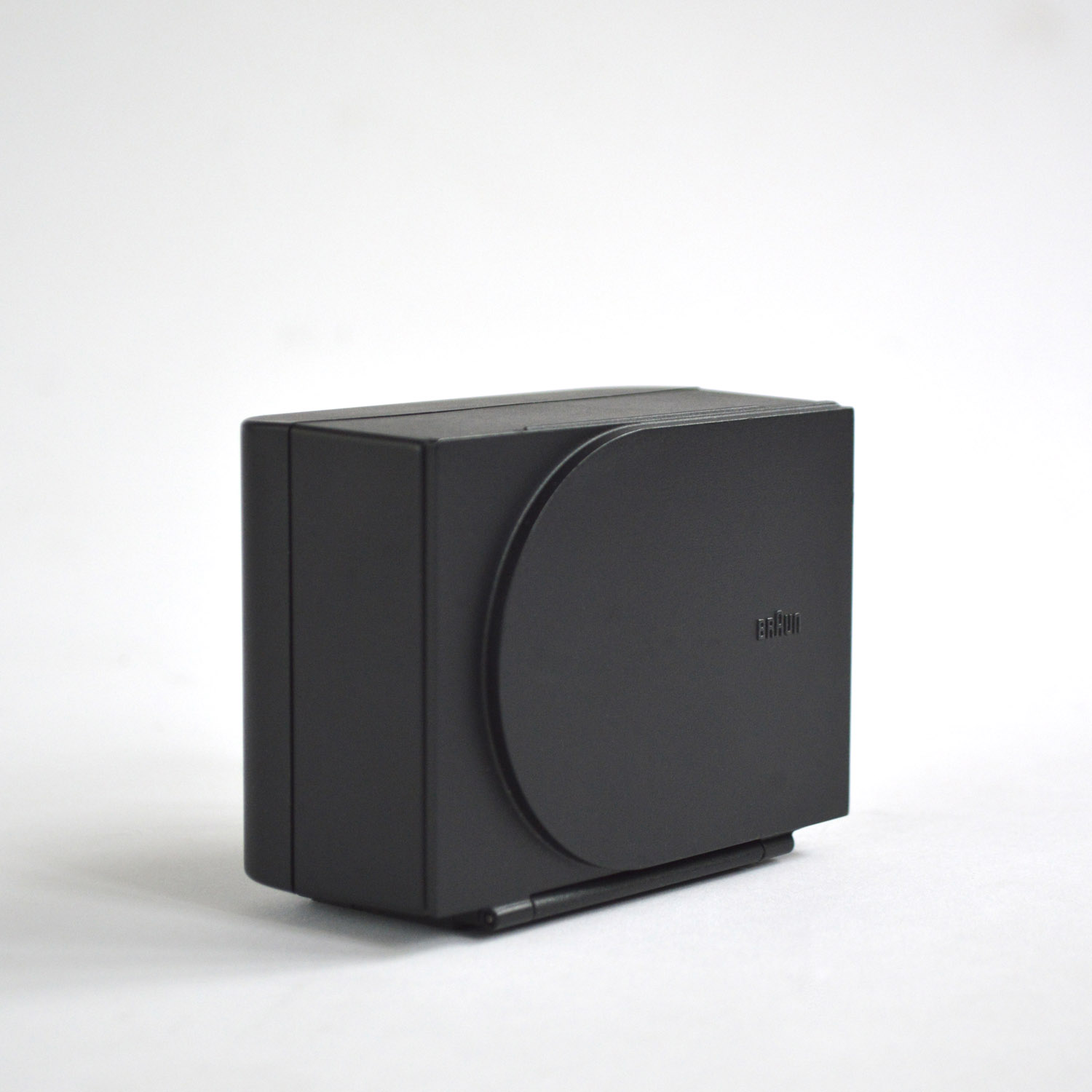 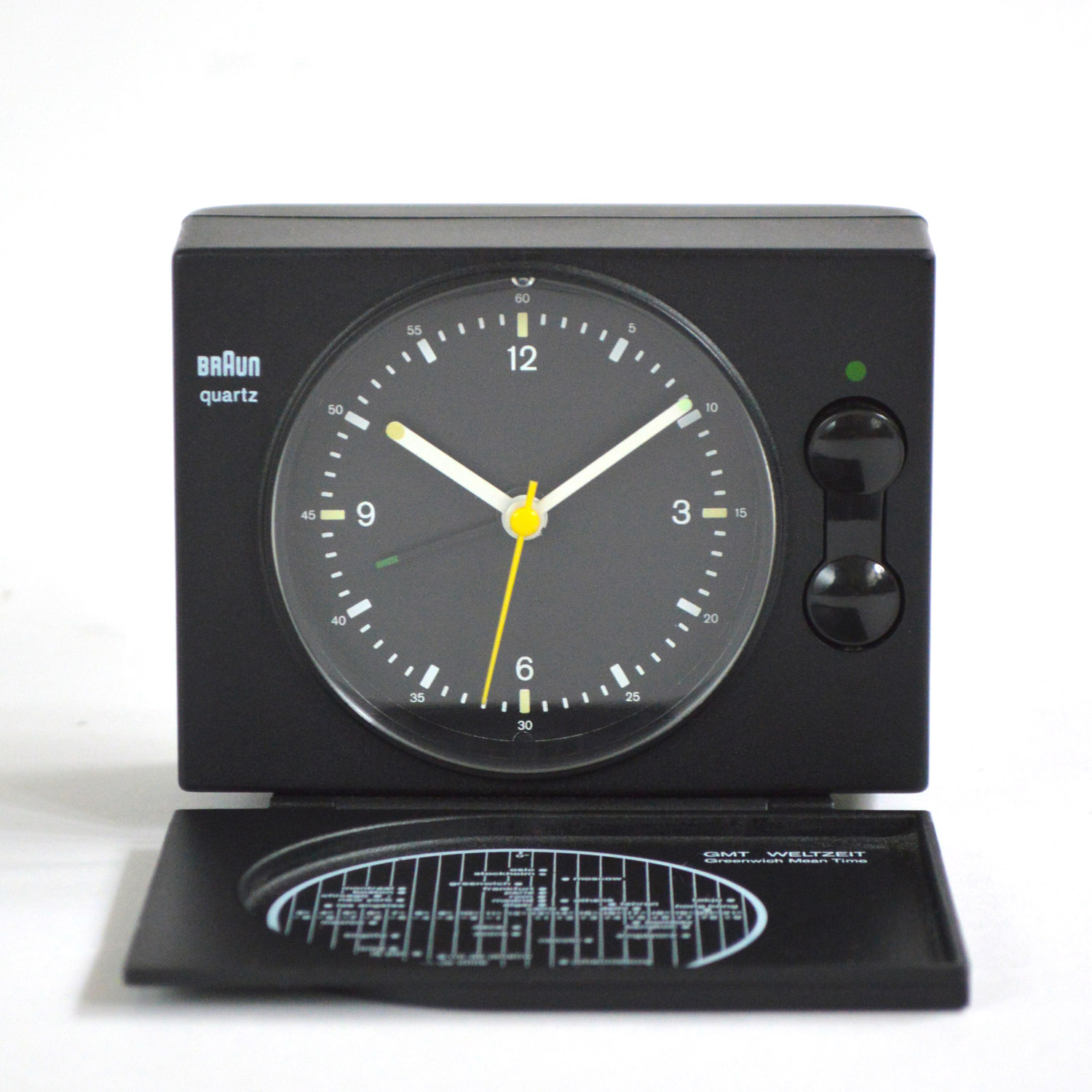 Braun has issued 54 battery operated alarm clock designs. Arguably the most significant of these is the

The AB 20 tb, designed by Rams and Lubs in 1975, was the first Braun alarm clock in a series of 54. It was initially produced in relatively small numbers as a corporate gift but proved foundational for the range that followed.